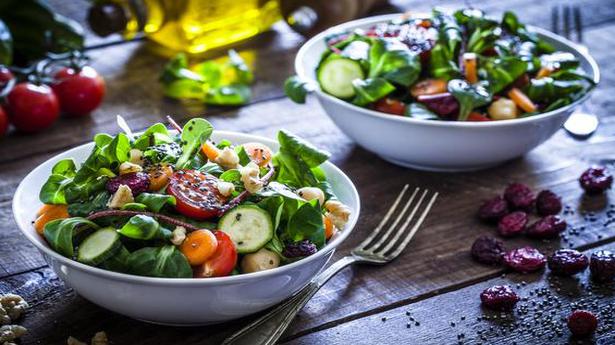 “We all know that if we consume too much beer, cake, pizza and cheeseburgers and all the other things that make life frankly worth living, we will add pounds to our bodies because we have taken in too many calories,” says Bill Bryson in his new book, The Body: A Guide for Occupants. The author, who is neither doctor nor scientist, writes for the layperson. 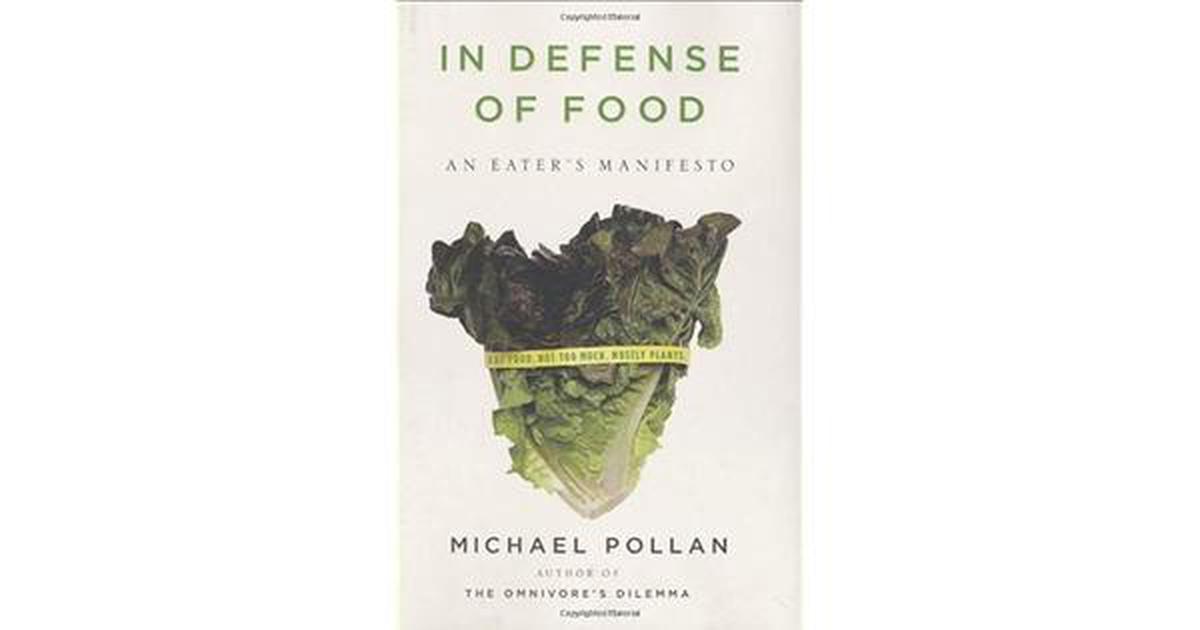 It’s apt that he talks of the knowledge we now have of what will make us overweight or obese. Obesity itself was declared a disease in 2013; fat a noun that refers to a food group, never a person. A decade ago, In Defense of Food came out, and over the years, we had internalised author Michael Pollan’s guideline to “eat food, not too much, mostly plants.” We also got more involved in what we consumed, not leaving it just up to our doctors and dietitians to dictate to us.

Power to the people

Celiac disease or even gluten sensitivity has caused people years of suffering with anything from bloating and diarrhoea to breathing difficulty. People suffering from this and various other auto-immune diseases like rheumatoid arthritis, multiple sclerosis, asthma, and allergies that do not have cures in allopathic medicine, have found relief from diet changes. 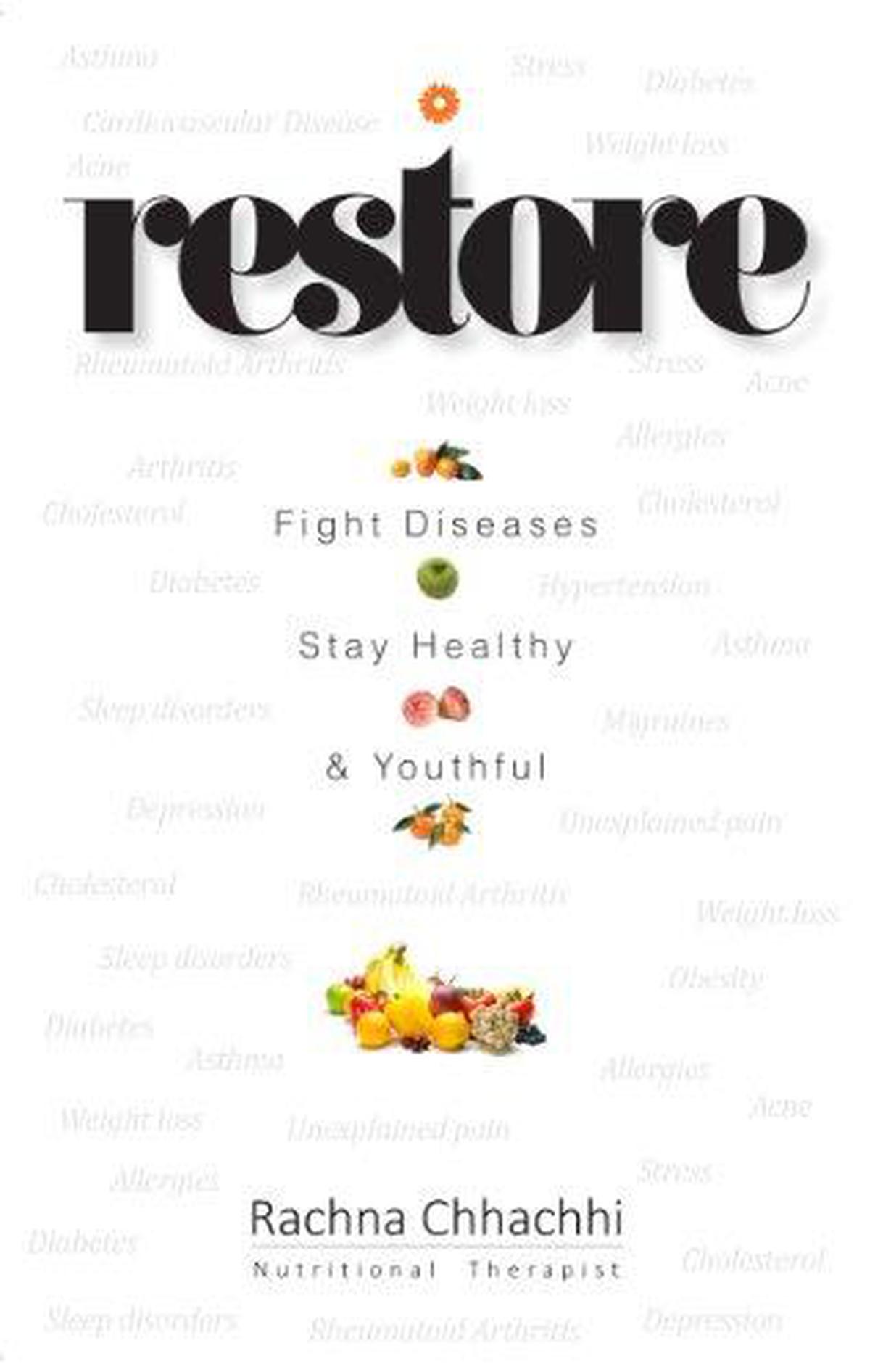 “People have stood up and talked about food,” says Rachna Chhachhi, a Mumbai-based nutritional therapist and cancer nutrition coach. “The reaction against gluten and dairy has happened because there has been suffering at a physical and mental level.” Rachna, who reversed an auto-immune condition she was afflicted with, wrote about managing lifestyle diseases through food, in her 2014 book, Restore.

We also know a great deal more, “and understand the science” behind food and health better, says Lovneet Batra, a Delhi-based sports nutritionist. “People today know what inflammation within the body is and what causes it [packaged and refined foods, for instance],” she says. This doesn’t mean people won’t drink Diet Coke, “but they know it’s not a good thing to put into the body.”

Lovneet adds that the thought has shifted, from calories to chemicals — people want to eat organic, stay away from packaged and junk foods, and understand that nutrition is personalised.

Similarly, a decade ago, Ritika Samaddar, Regional Head, Department of Clinical Nutrition and Dietetics, Max Healthcare, Delhi, was busy drawing up therapeutic diets for those afflicted with renal failure, diabetes, and heart and other problems. Today, her patients are those who look for wellness solutions. People ask for better-skin or -hair diets; women on the verge of menopause ask how they should regulate what they eat; and there are those looking at weight loss for a wedding. This proactivity and heightened awareness of wellness, combined with the availability of preventive health check-ups has meant that deficiencies too get detected. 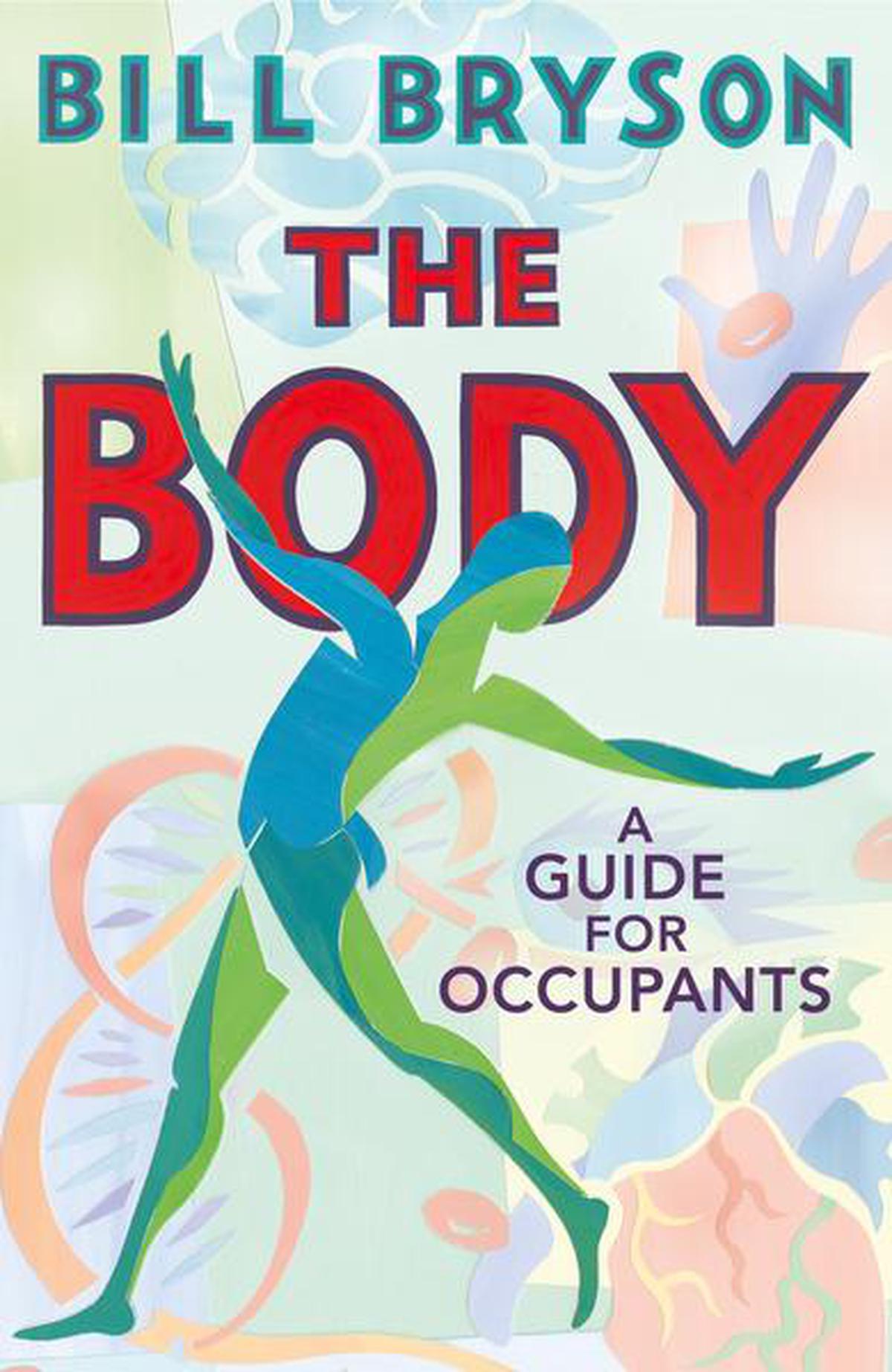 “Vitamin D3, B12, and micro-nutrient deficiencies like magnesium — these have been seen a lot this decade,” says Ritika. Which has led to a boom in the supplements market, including functional foods and drinks (such as those that have probiotics), and dietary supplements (from minerals and vitamins to Chyawanprash).

This is also because we now have a substantial senior population: According to Sheela Krishnaswamy, a dietitian based in Bengaluru, “The elderly are not able to digest or assimilate as many nutrients as they would have in younger years.”

Rachna also talks about people taking up polarised views on the two diets of the decade: keto and vegan. “People with obesity and diabetes swore by either when they realised that eliminating one food group could have an impact on the body. But what they did was to feed one imbalance with another,” she says.

Keto, this decade’s Atkins and Dukan, as well as the vegan diet, both have cult-like followers who hope to ‘convert’ people. Diets from previous decades did not have this going for them. For every Netflix The Game Changers (a documentary that talks of a vegan diet as best for fitness) there is The Magic Pill (a documentary that glorifies keto). Both work only for a short period, says Rachna, adding that “we now know keto over a long period can impact the kidney and going vegan for long can cause chronic fatigue.” This is possibly the first time that fad diets worked “because our earlier eating habits were so bad,” she elaborates.

This decade also saw the rise of the Mediterranean diet, fuelled in India by olive oil companies that hoped to displace locally-made traditional oils. They offered junkets to influencers like dieticians and journalists to olive oil-producing countries, selling the benefits of the oil. There was no doubt of the benefits, but we didn’t need it either for our bodies or our style of cooking.

Despite this, our native foods have seen a bump up, thanks to a larger movement in revival of all that’s traditional and a new-found pride in our culture itself. They’ve also been marketed well, with pretty packaging that targets adults, taking us back to our roots (Conscious Food, Kiru), or children, taking the food to them (Slurrp Farm, Akiva Superfoods).

“The scriptures have become the backbone of modern healing and a lot of onus is put on food. We always knew what to eat if we had a stomach upset or poor digestion,” says Manjari Chandra, Delhi-based dietician. She says now with the Ministry of AYUSH, we have access to traditional healers who can tell us which texts these come from. 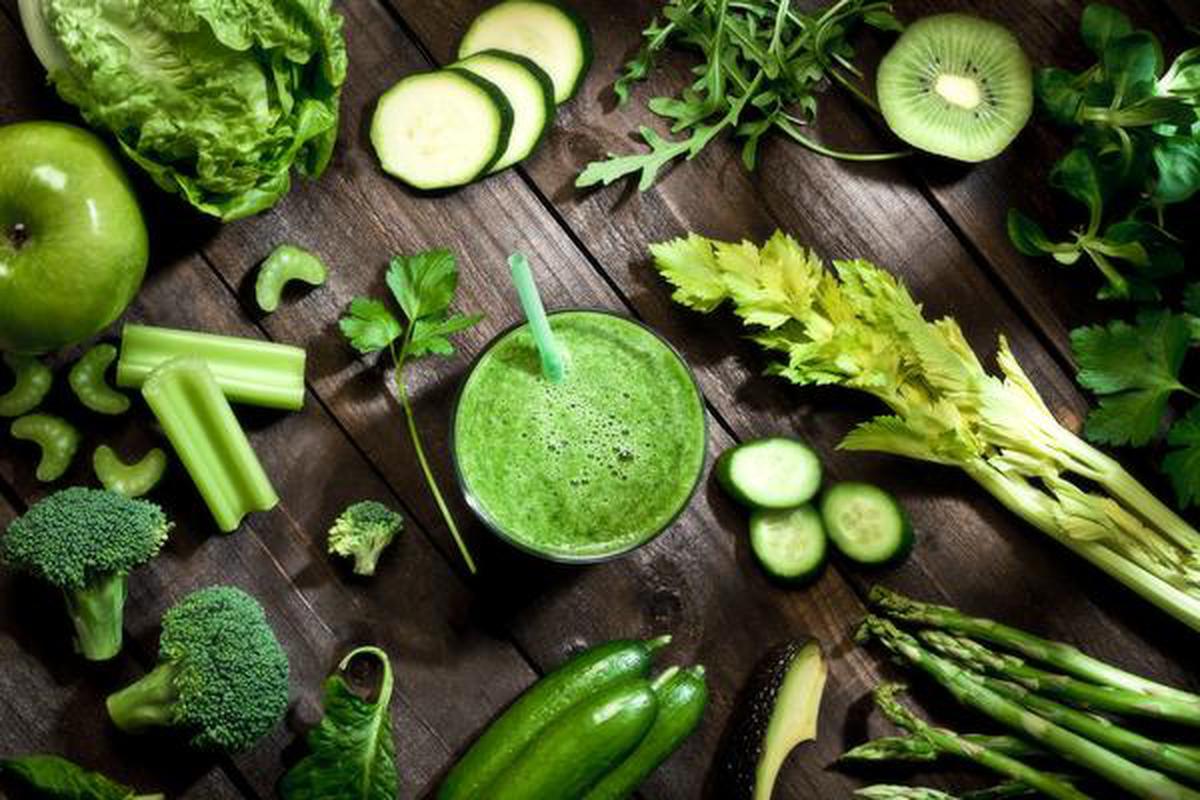 From green juices and blueberries, we have now settled into a pattern of the flexible diet, eating local and seasonal

However, there are some nuances here: while people may have found their roots and are willing to try out new health foods in India, they are also travelling more and experiencing world cuisine. All of this comes at a time when there’s also stress on living a sustainable lifestyle and eating local and seasonal too. “This has led to the growth of a number of ‘foreign’ foods, like quinoa being grown in India,” says Sheela. We needn’t be alarmed though, because foods like tomato that do not form a part of our traditional diets have been incorporated into our cooking.

This East-meets-West approach has led to the nascent stages of integrative nutrition in India. This means that a blend of traditional medical practices that use food as medicine, and nutrition and dietetics as studied in university might soon be practised.

“This is an evolving branch of study, and we always thought our (Ayurveda) system is very different from theirs (the West’s allopathy practice). Now we realised that there’s a lot in common,” says Sheela. The University of Trans-Disciplinary Health Sciences and Technology in Bengaluru, has a course for this.

A change in thought

“We have so far been following American and British guidelines which may not have been correct for us in India. For instance, internationally, it is still said that 50% of food should be carbohydrates, based on the food pyramid,” says Manjari. But the 2014 book Death by Food Pyramid: How Shoddy Science, Sketchy Politics and Shady Special Interests Have Ruined Our Health talks of how this diagram has no value. 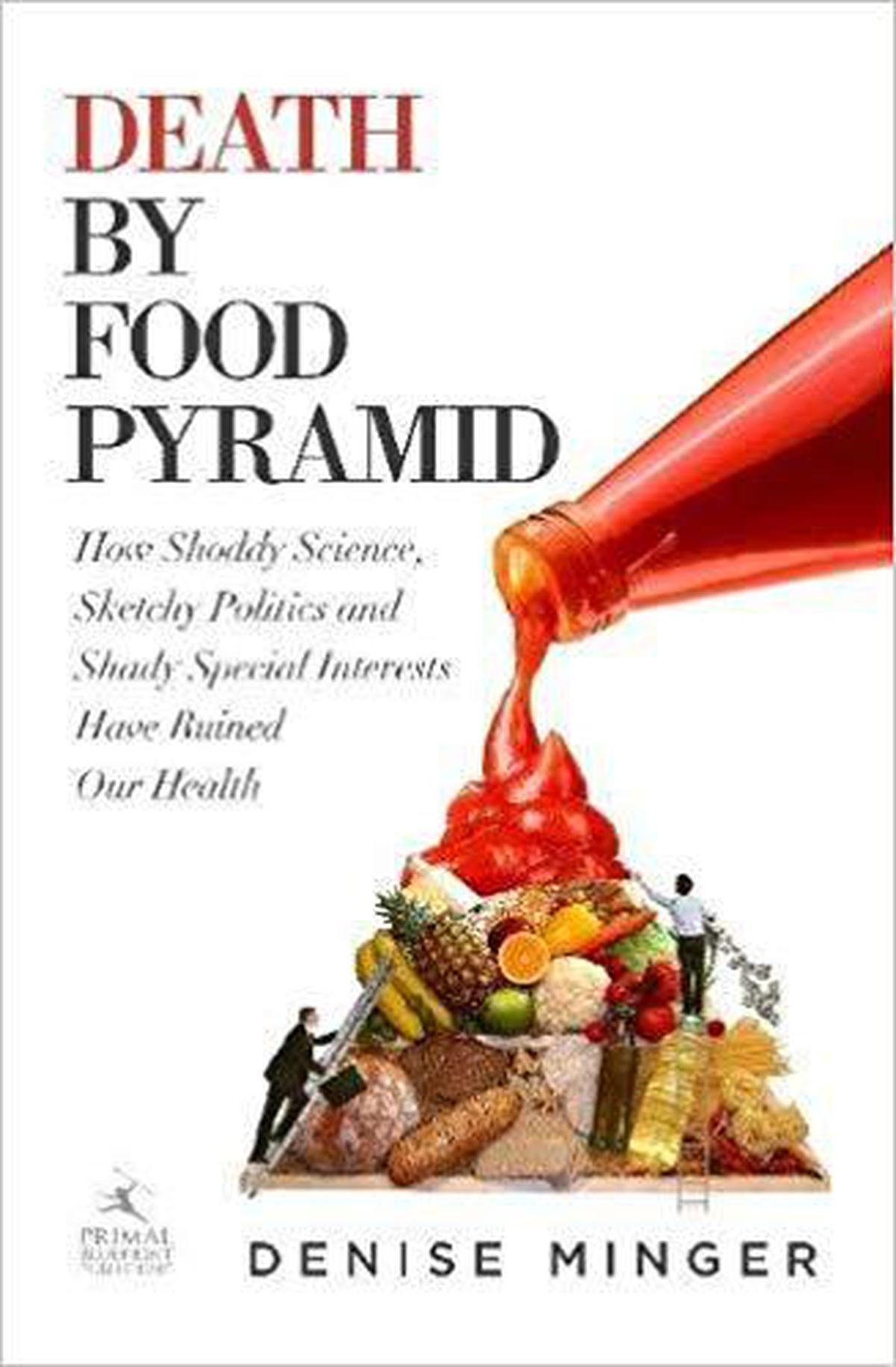 It’s also true that the ‘big food’ industry has manipulated the West a great deal more than it did India. In fact, the American Academy of Pediatrics says that “100-percent fresh or reconstituted fruit juice can be a healthy part of the diet of children older than one year when consumed as part of a well-balanced diet.”

This is a reference to packaged juices, which Indian dieticians reject for regular healthy children, as we believe packaged foods are best avoided.

However, as the food industry in India grows, it’s beginning to have a greater impact on how the government regulates it: Despite planning to, the Food Safety and Standards Authority of India (FSSAI) is yet to pass the colour-coded labelling on foods high in fats, sugar, and salt (HFSS).

Collectively, we have managed to talk a great deal about food and nutrition, without being able to bring down obesity levels in our cities. This is the next decade’s greatest worry.

Viral Ultimate - April 1, 2020 0
751 Our exploration of Galaxy's Edge minus any reservations we made...you probably know the drill by now...those will be in the next video ;) source